Yoast is one of the most popular SEO plugins and is installed by WordPress users all over the world. In fact, by some estimations, this one plugin alone is responsible for the SEO functionality in over 10% of WordPress sites worldwide.

Regular users should be excited about all the new updates offered for the newest version of this plugin, Yoast 7.0. This is the biggest release in years for the plugin and there’s a lot to dig into.

The name of the game with this new version of Yoast is simplicity.

The name of the game with this new version of Yoast is simplicity. Throughout the menus, the team has attempted to revise and simplify the layout of content such as the main menu and the titles and metas menu.

Many of the changes in the new version have to do with specific revisions to wording or placement of functions in the interface. Add all these changes up and it’s clear that the interface has been radically changed to be more user friendly. 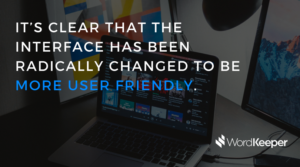 Simplicity was a big motivation for the changes according to Yoast’s founder, Joost de Valk. The company believes firmly in the importance of making the internet and web technology accessible for everyone. Only time will tell if these innovations in the newest version of Yoast accomplish that or not.

Behind the scenes, the developers of Yoast have been doing a lot of cleaning up. According to their site they’ve trashed all deprecated files and unused code from version 4.0 and before.

It’s leaner and meaner, and you’ll probably notice the optimized performance right away.

Any time developers clean house so dramatically it’s bound to have a big impact on the performance of the plugin. Yoast 7.0 is a much smaller application. It’s leaner and meaner, and you’ll probably notice the optimized performance right away. Of course, the flip side of this is that there’s a chance that there may be some compatibility issues. Like all updates, there is a trade off. 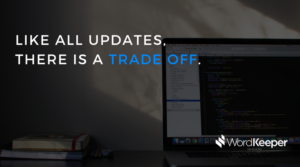 In the menu, the phrase “Search Appearance”, has taken the place of “Titles” and “Metas” to signify those terms. In addition, the “Homepage” and “General” terms have been combined into one, just “General.” By making little changes like this, Yoast has gone out of its way to make itself more accessible to newcomers.

The developers have moved other things around, like the toggles and Advanced features tab, as well as Breadcrumbs and RSS. You can check out the full list of changes on Yoast’s website or just try the new version yourself and decide if it’s intuitive or not.

This new item means that any media you upload to your site (video, images, etc.) will automatically be added to the media library, making asset organization much easier for heavy media users.

Yoast 7.0 also does a neat backend trick that will make things more convenient for search engines to crawl your media posts. Whenever users upload a piece of media, WordPress automatically creates a blank attachment URL for this asset. This goes on in the background but can be disabled in settings if users prefer.

In past versions of Yoast, if you ever wanted to keep part of your site concealed from the prying eyes of search engines it was very difficult.

With the new version of Yoast, developers will simply use a toggle to ask a question: “Show X in search results?” By answering this question, you can choose to exclude your post from the XML sitemap and add a noindex, or not. It’s another example of how the Yoast developers have attempted to make life easier for those just getting acclimated to the web.

On a side note, another example of this is the follow/no follow setting. Rather than offering this potentially confusing command, the Yoast developers opted to pose the question: “Should search engines follow links on this post?” and provide a yes or no response. Again, this is much clearer out of the box for new users and will lead to less frustration as these people get acclimated to the plugin.

New plugins and, updates and modifications are happening all the time in the world of WordPress. Check back on this blog often for updates and feel free to reach out if you have any questions, we look forward to hearing from you.